Everyone was excited months before our most anticipated trip to the beautiful island of Boracay. Imagine the feeling of a child opening his first ever Christmas gift, that’s how excited we were until frightening news came up weeks before our scheduled trip, a Yolanda-like super typhoon was expected to hit the Philippine shores on those exact travel dates.  Oh c’mon!

Typhoon Hagupit, also known as Typhoon Ruby, entered the Philippine area of responsibility late on December 3, in the same time it was upgraded into a Category 5 super typhoon. Our scheduled Boracay trip was December 5-8.  Originally, we were 3 groups going with 3 different accommodations from 3 different stations. In case you don’t know, the White Beach of Boracay Island is divided into three stations these are Station 1, Station 2, and Station 3. It was supposed to be a hotel hopping experience however Joey, my colleague and his friends, who were supposed to stay at the luxurious Astoria Boracay Hotel situated in Station 1, cancelled and rebooked their flight. Only the two brave groups pushed through.

We arrived passed 5pm at Kalibo International Airport on December 5. We needed 2 more hours land travel from Kalibo airport before we reach Caticlan’s Jetty Port, where boats were leaving to Boracay Island. Unfortunately, Philippine coastguards prohibited boats to traverse to the stone’s throw away island due to the storm signal. One of my peers cracked a joke, “So near yet so far!”.

We had no choice but to look for an accommodation and took our chances hoping that the weather will favor us and coastguards would allow us to travel the next morning. Some stranded passengers already spent their night at the seaport seats since room accommodations from nearby hotels and inns became a scarcity. Though it wasn’t raining yet, but we already felt Hagupit’s early symptoms, winds were light and variable, and fair-weather cumulus clouds appeared. At that point in time, we wanted to go back to Manila but thanks to Agoda site and to our credit card, we were able to secure the last available hotel room in town at El Chielo Hotel, a few blocks away from the port.

Thank God our little sunshine finally showed up the next morning and coastguards already gave their go signal. We didn’t waste any single seconds. We packed our bags, washed our face, didn’t eat our breakfast, and immediately rushed into the first batch of passengers going to the island. Notwithstanding the challenges we encountered, we made it to the island safe and sound. With great astonishment, we finally experienced the powdery white sands and clear blue turquoise water of Boracay. We savored authentic dishes from amazing restaurants serving up different flavors from around the world. We danced and mingled with various nationalities. Bars and discos can be found up and down Boracay’s white beach, keeping the crowds partying till the early hours.

Sunday came, as typhoon Hagupit slowly traversing to the western part of the Philippines, the entire island was covered with dark clouds, heavy rains, and strong winds. No one was allowed to swim at the shore, most of the restaurants and establishments near the shore were closed, and we closely monitored the CNN typhoon coverage at our hotel. Our employers activated its Communication Tree and sent SMS informing us about work suspension. Philippine Airlines already sent an email that our flight was cancelled the next day. We have no option but to extend our stay there. We’re glad that the storm calmed down on Monday and eventually enjoyed the very last minute of our stay till Tuesday.

I totally understand why safety measures were strictly implemented and followed. We knew how Super Typhoon Yolanda devastated our country last year, which killed at least 10,000 Filipinos and no one ever wants that to happen again. Precautionary actions and wide predisposition were highly regarded by the authorities and concerned citizens. Kudos to the Philippine government for all of the preparations they made. Typhoon Hagupit only left at least 21 people dead and forced more than a million people into shelters before it weakened into a tropical storm.

Indeed, Super Typhoon Hagupit had a significant impact into our planned itineraries but this made my first Boracay experience an unforgettable one. I will make sure by next time I come back it will be on a summer time.

Braided little girl all the way from California.

Who has the wackiest face?

The famous Calamansi Muffin at Real Coffee and Tea Cafe.

Jump into life. You only live once!

Definitely not my last visit.

Before we fly back to MNL, the best of Aklan at Saylo Cuisine Restaurant. 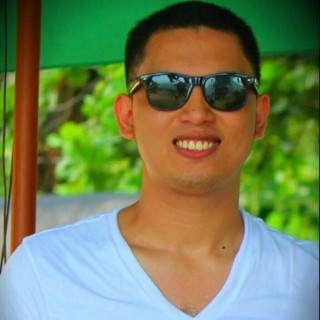